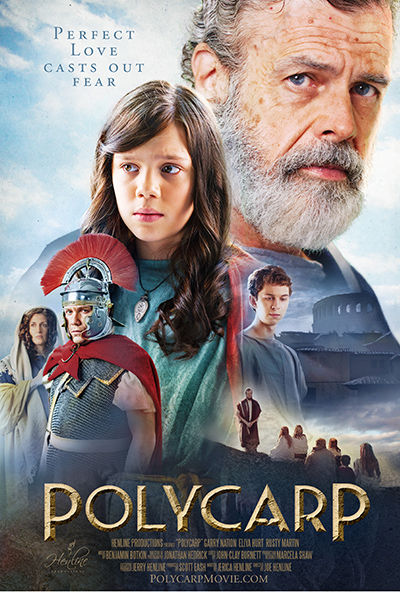 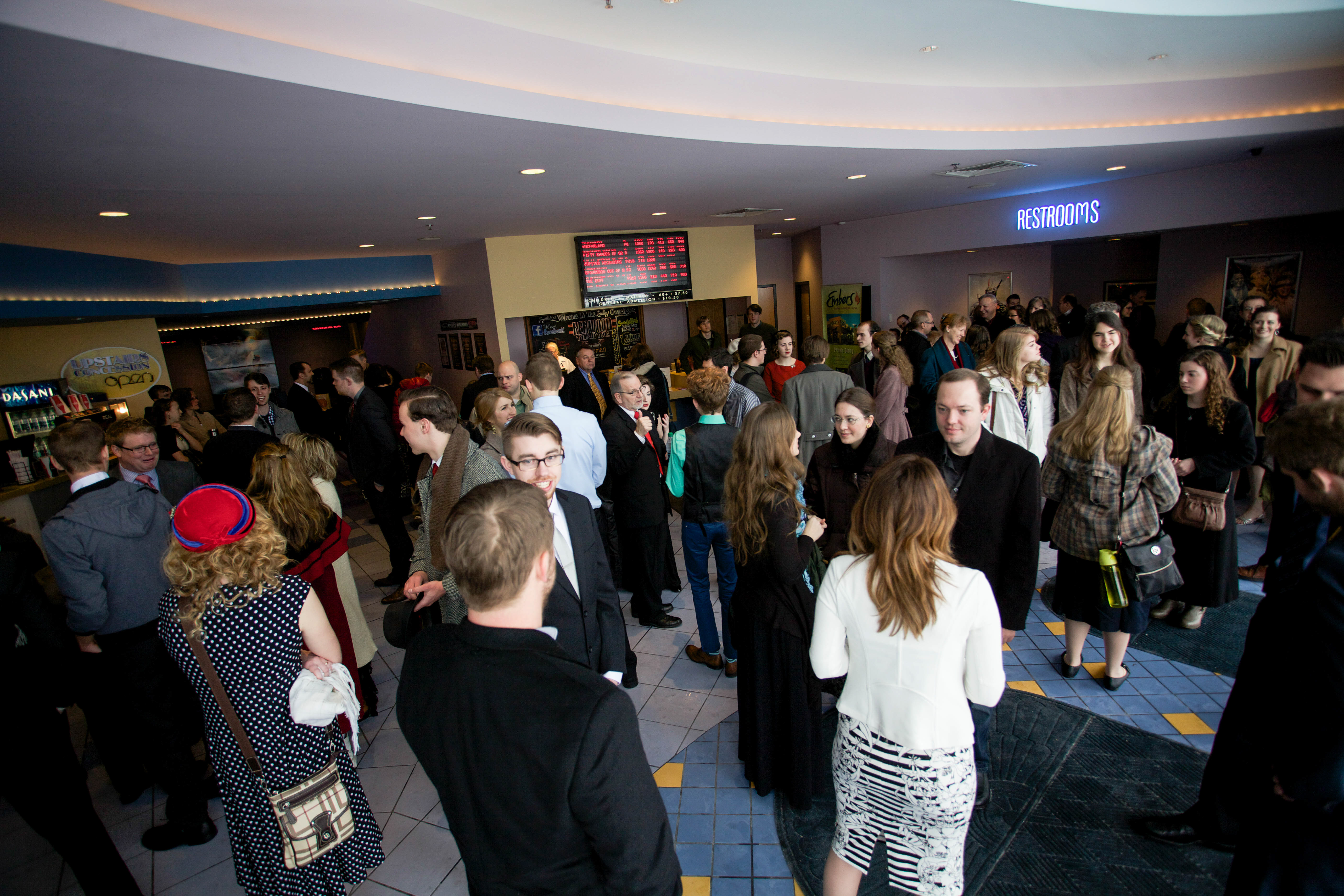 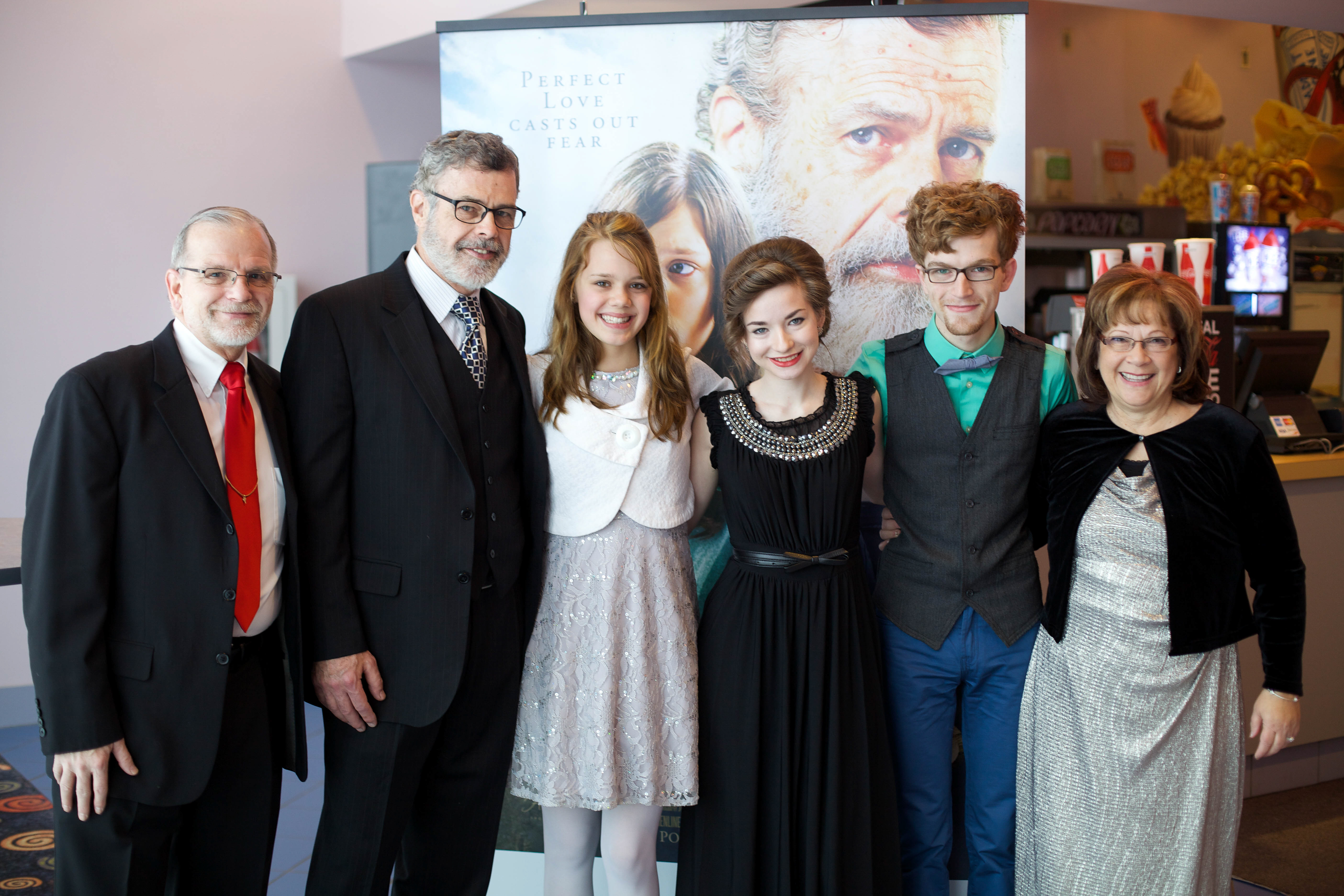 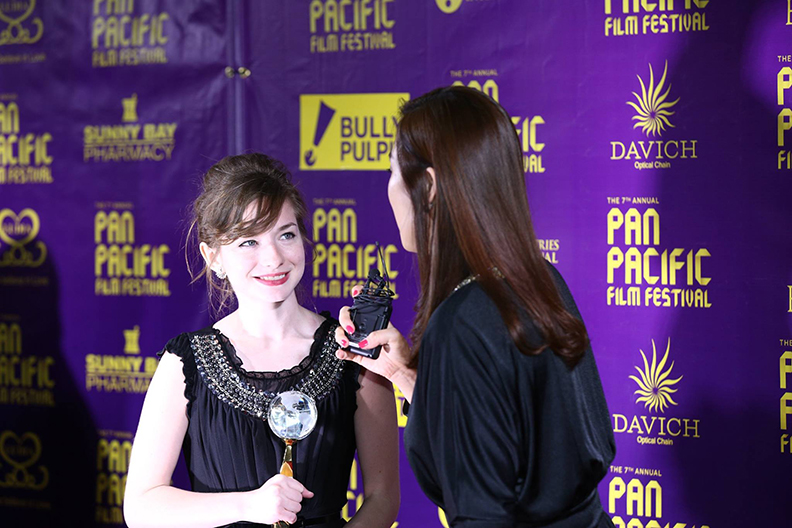 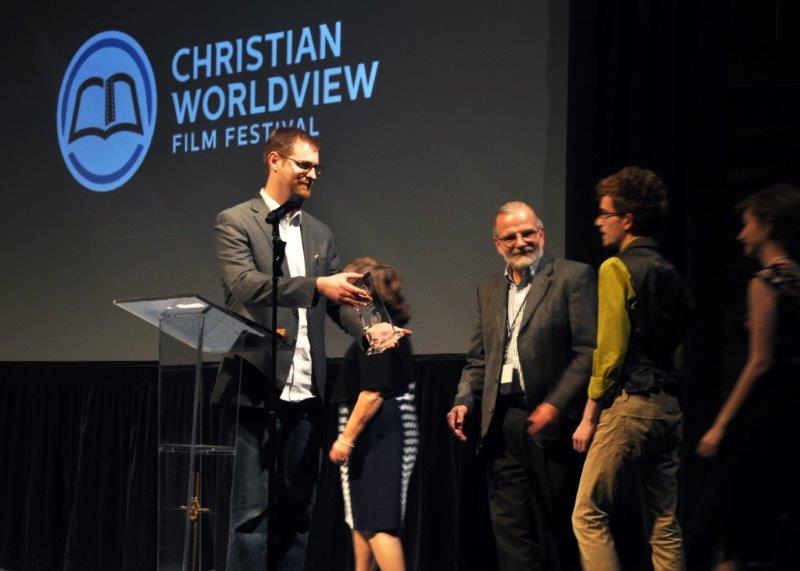 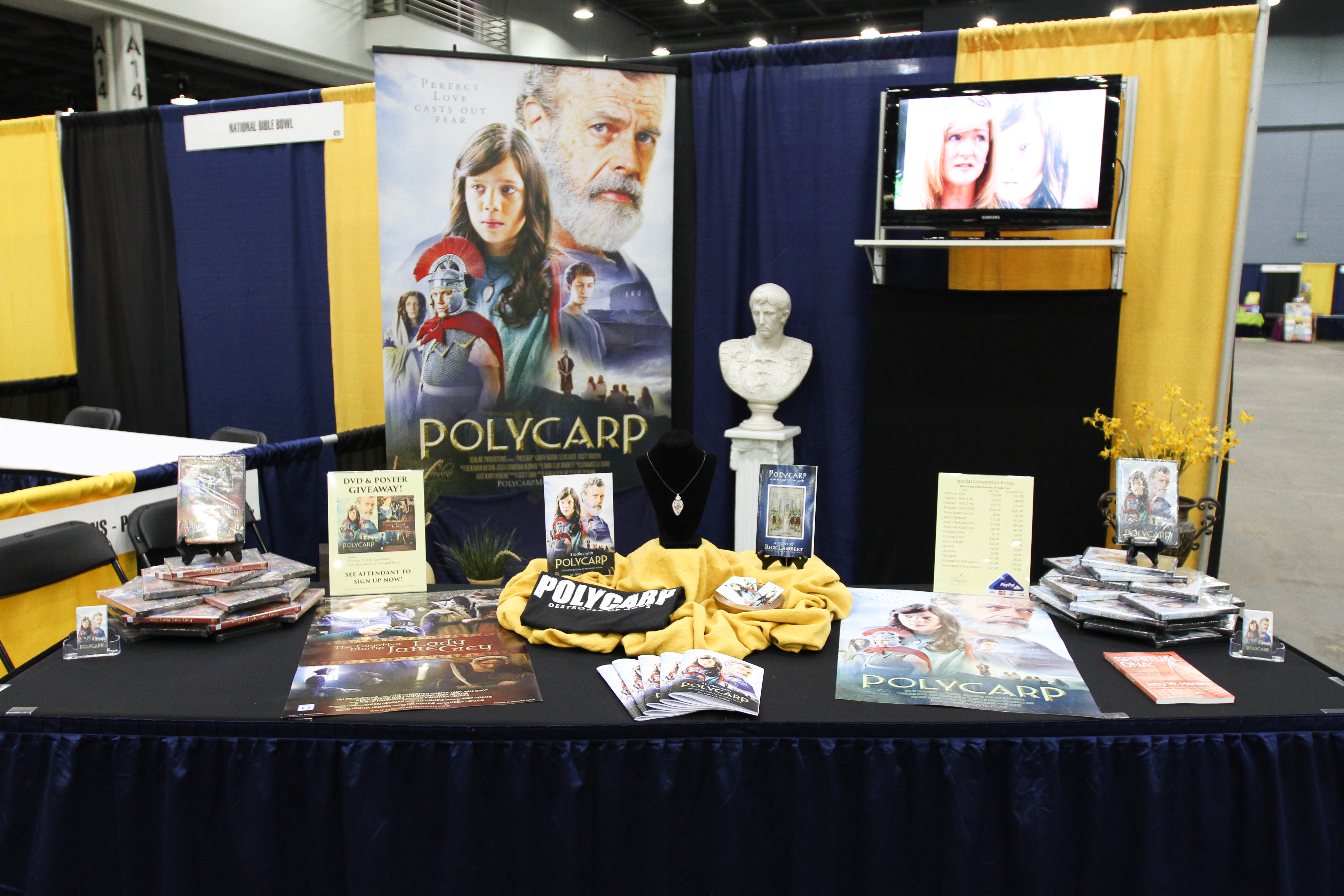 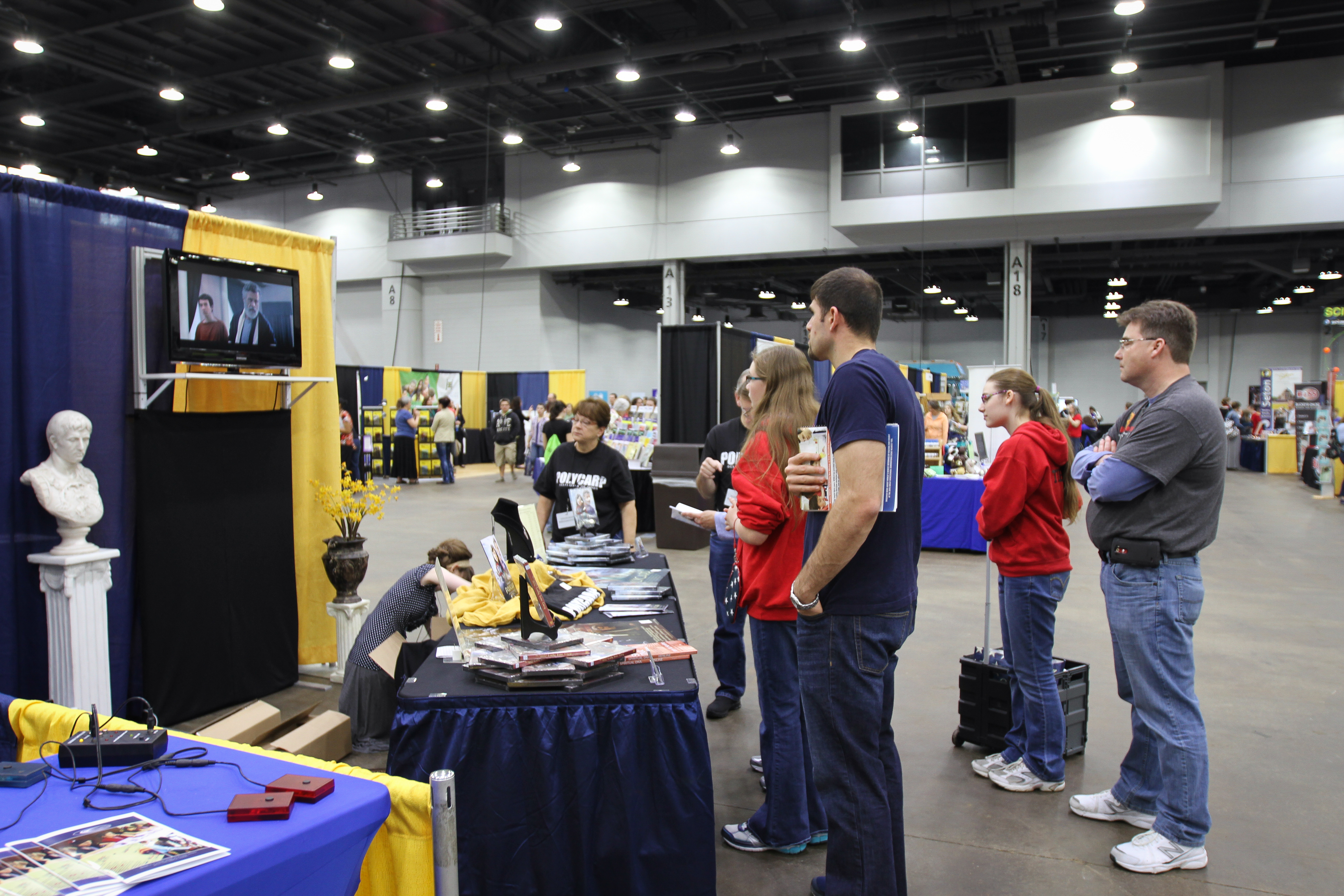 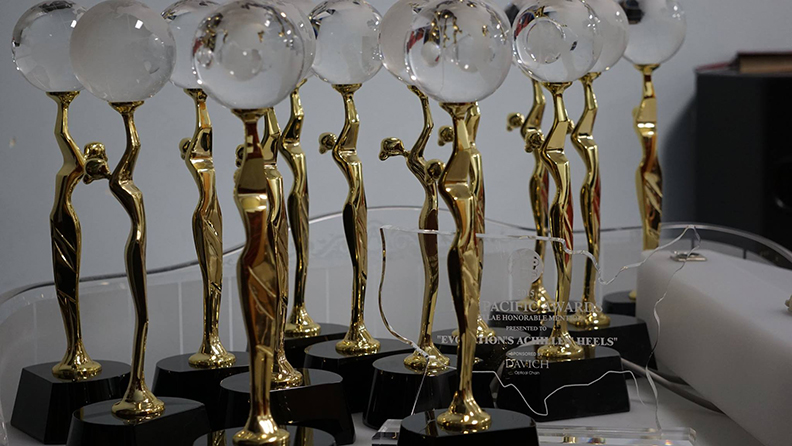 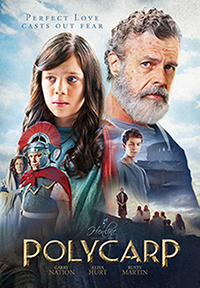 Finally, after nearly 3 years in the making, POLYCARP will be available May 5th on Christian bookstore shelves and online stores where you find Christian media, including Family Christian, LifeWay, CBD, and many more, and of course, HenlineProductions.com/store.

Although set in the Second Century, the story of religious persecution, courage, faith and brutal oppression could be taken from today’s headlines about mass killings and persecutions of Christians. It tells the historically accurate story of an early Christian martyr, Bishop Polycarp, who was burned and stabbed to death for refusing to renounce his faith in Christ and worship Caesar. This feature length drama is told through the eyes of a 12-year-old girl, Anna, and has been given the “Family Approved” seal for all ages by The Dove Foundation.

“It challenges Christians of all generations to stand boldly on the gospel in the face of persecution. In the Western world our faith is increasingly coming under attack from our secularized society, so this movie is very timely for us today,” said Ken Ham, president of Answers in Genesis and founder of the Creation Museum in Hebron, Ky. “Based on real history and real Christians suffering real persecution, it’s a message we all need to be reminded of.”

“This is a moving story of second-century persecution, reminiscent of the persecution many believers face today,” said Alex and Stephen Kendrick, producers of hit films Courageous and Facing the Giants that sparked a growing trend of Christian movies.

“Through the use of realistic sets and talented actors, Polycarp brings to life the Biblical truths presented in Luke 17:33, 1 John 4:18, and Philippians 1:21 and reveals what it means to be fully dedicated to Christ and His Kingdom, even to the point of death.” - Samaritan Ministries

“POLYCARP is an inspiring movie with a sweeping score that will play well to modern audiences.” - Dove Foundation

For interview requests, photos, or video clips contact: Jerry Henline, 513-617-3612, This email address is being protected from spambots. You need JavaScript enabled to view it. for [Henline Productions http://www.henlineproductions.com/]

We are excited to share that POLYCARP received Best Feature Film, Audience Choice, Best Original Musical Score, and Runner Up for Best Gospel Presentation at the 2015 Christian Worldview Film Festival in San Antonio, TX! Read more here: http://ow.ly/L0bjk
I finally have a breather after returning from the Christian Worldview Film Festival to reflect on all that we experienced. Although ending on what turned out to be quite a thrilling evening, it may have been overshadowed by the first screening of Polycarp opening night. The ovation afterwards was overwhelming and totally unexpected. I guess you expect ovations when the winner is announced, but not so much after a screening, so that was special.
Before the awards ceremony it was recommended that we have a prepared speech so in case we did win we wouldn’t stumble over our words without knowing what to say. As awkward (presumptuous) as that felt, it was good advice. I also knew that keeping it short and sweet would be the best approach. I had my list; give glory to God, honor the cast and crew, thank Phillip Telfer for the event, and express my appreciation to Jerica and Joe for their hard work. Although the moments were a blur, I think I covered all the above when speaking after receiving the Audience Choice Award. 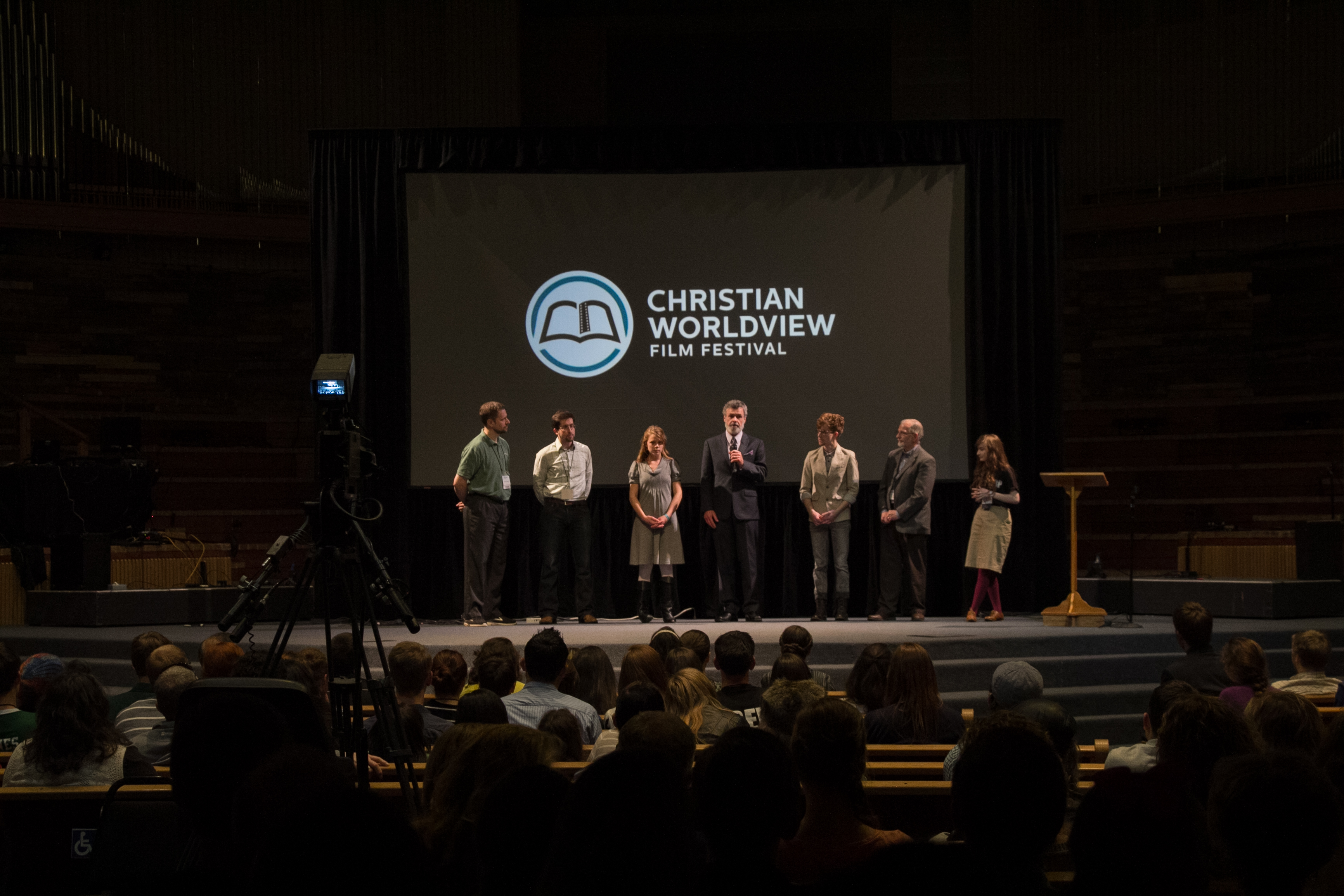 What I didn’t do was thank all the individuals that made outstanding contributions toward the production of the film. If I would have, I’m sure I would have left someone out, and then where do you stop? It is a team effort, and everyone’s contribution is critical. Of course the actors are the most conspicuous, especially Garry Nation (Polycarp) and Eliya Hurt (Anna), but all the cast was wonderful and we appreciate them all for their contribution. Of course it was great to see Ben Botkin recognized for his contribution of a great original music score. I also want to recognize and thank a couple other people who contributed their expertise and many hours of hard work on the project, David Cook, our Production Manager, and Scott Eash, our Producer. I must also acknowledge Marcela Shaw and thank her for the research and production design expertise she brought to the project, and Jonathan Hedrick as the Director of Photography for also bringing his eye during production. John-Clay Burnett for implementing his experience as Editor, and Nathan Ashton for all of his work as Audio Designer. I really could go on and on, and now you know why I didn’t do it the night of the awards ceremony. You’ll have to get the DVD and watch the credits for the long list of the many people we are thankful had a part.
Click on the image below to hear what a few of the attendees from the Christian Worldview Film Festival have to say about POLYCARP! 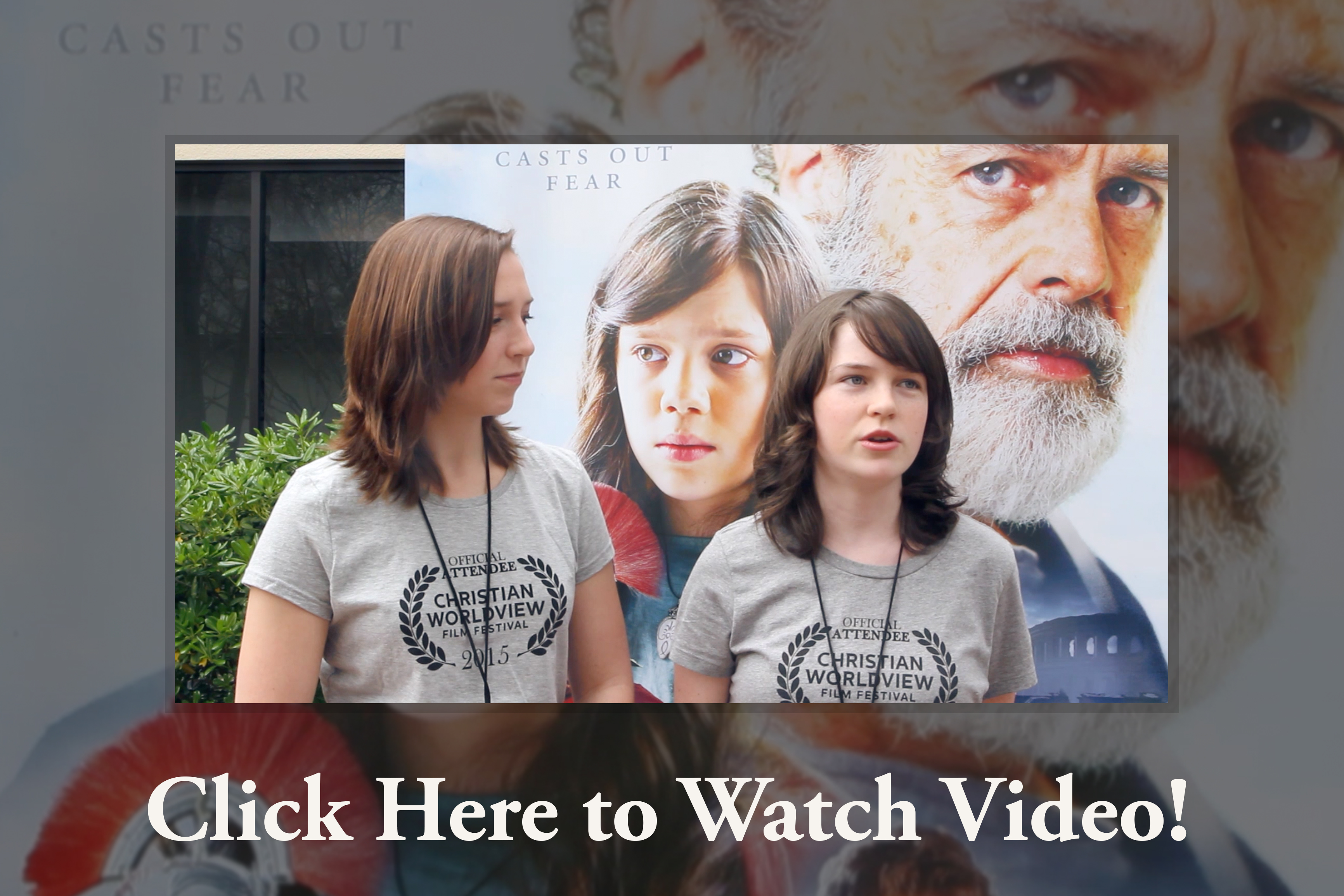 Here's a quick recap of the progress: We've had many hours and terebytes of footage to sort through, lots of editing , running the kickstarter campaign, a pickup shoot, visual effects, the color grade, sound design, and the amazingly beautiful musical score.

The official Polycarp trailer has been released! On this first day of 2015, we are very excited to unveil the official trailer for POLYCARP! Please watch and share! Independent movies like POLYCARP depend on fans like you to spread the word. We don't have millions of marketing dollars like some films, so we have to make it a grassroots effort. Thanks so much for helping to make this God-honoring, family friendly movie possible.

If you would like to learn how you can show POLYCARP at your church, please register for more details at our website! It only takes a few minutes.

We have lots of exciting things to share in the coming weeks and months! Look for some major endorsements and other exciting news, right here in your inbox! 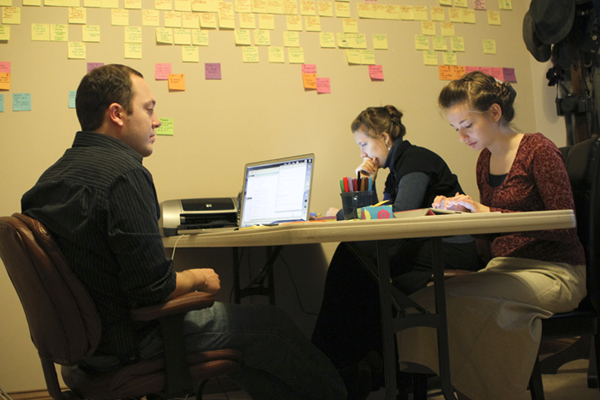 For two weeks now, an enthusiastic writing team has been assembling each day in a focused push towards completing the POLYCARP: DESTROYER OF GODS script. Jerica Henline, lead writer at Henline Productions, shares, "I am beyond thrilled about the progress that has been made over the past few weeks, but please continue to pray! There is a lot yet ahead of us."

They begin each morning in a time of prayer and scripture reading. "It always sets the day on the right track. We have continually seen the Lord at work and it is so encouraging to see things come together in upexpected ways," comments Joe Henline, director of the Polycarp project.

The writing process has been a painstaking journey of discovery. Rebekah Cook explains, "One of the keys to crafting a script is to keep the end in mind. Break it down first. Then clarify the story goal, what it's building up to, and why." The long hours are paying off.

After identifying and classifying specific and necessary plot elements, they are then prayerfully blended into a screenplay structure to manage flow and pacing, interweaving individual plot-threads to strengthen the core of the story. "When the scene timeline was complete on the wall, we went through and made sure each character arc was working," says David Cook, key story analyst. "It's neat how the layers keep building to move the story forward."

We are excited about the headway being made here in Loveland, Ohio, and we look forward to keeping you updated throughout the months ahead. Please keep the team in your prayers as they labor to finish this crucial phase of the writing process.

"In all thy ways acknowledge him, and he shall direct thy paths." Proverbs 3:6 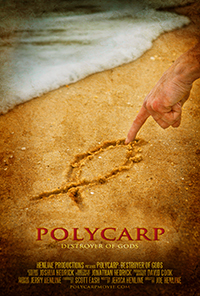